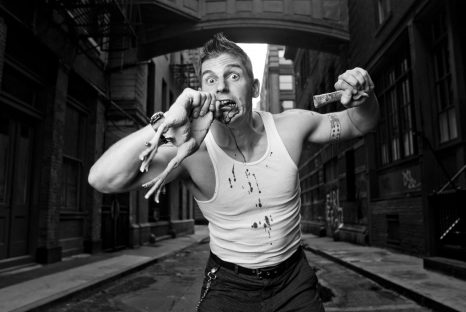 Magic Brian has entertained thousands of audiences around the world with his unique and original brand of comedy-magic & sideshow. He has several different shows to choose from and they can all be customized for any event.

Magic Brian’s internationally award winning show has been performed in festivals around the world for the last 15 years. It is a family friendly, high-energy, interactive comedy show with plenty of surprises, culminating in a record breaking escape from a real straitjacket and 40 feet (12 meters) of chain. It has been enjoyed by tens of thousands of people or all ages, shapes and sizes. The show runs 45 minutes.

This is a more intimate magic show that can play to a smaller crowd. What starts with a seemingly simple card trick unfolds in surprising and unexpected ways. Objects disappear, sponge rabbits multiply, and cards and money re-appear in strange and unusual places. This is pure magic throughout with people holding their sides from laughter and shaking their heads in wonder and amazement at the end. This show runs 30 minutes.

Perfect for events large or small. I can easily customize this show for any situation. The material presented has been tested over years, and years of performing across the U.S. with a vaudeville style circus as well as endless performances in cabaret theaters, comedy clubs, and variety shows around the world. It’s a healthy dose of comedy and magic with a heap of sideshow thrown in. Routines range from my straitjacket escape, to a linking ring routine, the human blockhead act, to a revelation of a chosen card from an impossible location, and much, much more. The cabaret show is highly customizable and can run from 15 minutes to 1 hour.

This type of show is strictly close-up magic with my own unique comedic presentation. This is perfect for an event where the guests primarily socialize and mingle. Ideal for restaurants, nightclubs, private parties, corporate functions, banquets, and conventions. I perform slight-of- hand tricks using cards, coins, sponge bunnies, rubber bands… almost anything I can get my hands on. The most important part of this show is the feeling of surprise and excitement as the guests see magic happening up-close in their hands and right in front of their eyes. This type of show can last from one to four hours depending on the event.

This combines the close-up show with a short cabaret show and is great for banquets, parties, and award ceremonies. When the event is getting started I wander through the crowd performing close-up magic, then once everyone is seated and the event is in full swing, I will perform a thirty-minute stand-up comedy-magic act. Depending on the event and size of the crowd the close-up magic can last anywhere from one to two hours.

The honorable Dr. Frangible has been dispensing his sort of medicine for over forty years from sea to shining sea. He has traveled the world several times and is completely fluent in English although he claims to speak several different languages, all of them foreign.

The benefits of his miracle elixir “Dr. Frangible’s Electric Lumberjack Juice” has been touted as a “liquid of the Gods” by medicine men in small remote tribes of unknown parts of the world where they are still struggling with the concept of fire.

Dr. Frangible has studied magic with the likes of Dai Vernon, Cardini, and Ching Ling Foo, although they all deny they have ever met him.

In his show, Dr. Frangible touts his miracle elixir with a series of demonstrations attempting to convince the audience of it’s many uses. Among them it’s ability to allow you to lose so much weight, as Dr. Frangible demonstrates, you can levitate. It’s powers to protect your internal organs wherein he swallows and regurgitates razorblades, and it’s ability to allow you to read someones mind and see into the future. These are but a few of the demonstrations he presents in his show.

Born Gareth Blackthunder, he was raised in a small town in the south of England called New Jersey. As a youth he focused on his two passions: heavy metal and magic. When he turned 16 he changed his name to Nigel Blackstorm because he argued that his given name didn’t sound “heavy” enough.

As is the case with us all, Nigel grew to adulthood and was confronted with choosing his career path. As his love for metal and magic had only grown over time, and since he had no desire to wear a suit, Nigel decided to devote his life to both his arts, founding the magical heavy metal cover band, Lordz of Illuzzion, in 1991. The band toured the world with their unique approach to music and released three albums that garnered minor attention.

In 1998, following a sold out performance at the world famous Orange County Fair, the other three Lordz abruptly quit the band. Nigel was devastated by this surprising and untimely break-up. Driven by rage and passion and channeling the spirits of Houdini and Ozzy Osbourne, he put the pieces of his life back together and thus emerged The Heavy Metal Magician. With the skills of an alchemist, Nigel blended heavy metal music and the world of magic, creating the unique genre: “Heavy Magic.” Be prepared to have your mind blown, and ladies: please control yourselves.

Strap on your seat-belts and get ready as Nigel takes you on a wild ride filled with Heavy Metal music and Heavy Magic. He opens the show with a series of fast paced magical miracles. Nigel then takes some time to also show his more sensitive side with a beautiful demonstration using a series of solid metal rings that link and unlink in his hands. As a finale Nigel reunites with his band for one final song. Giving them magical instruments made from air Nigel transforms three seemingly ordinary people back into the Lordz of Illuzzion who play the show of their lives. As an encore Nigel performs one of his most amazing tricks. It must be seen… and heard to be believed.

I’ve hosted group shows at international festivals, my own variety shows that I produce in New York City, and just about everything in-between. Perfect when you need just a little bit of magic but a lot of high energy and audience interaction for an event. I make sure to keep things moving along smoothly and for everyone to remain happily entertained.

Brian’s most popular show is his stand-up act which he has performed innumerable times to the delight of a variety audiences in various venues and different situations across the country. It combines magic and comedy and includes a lot of audience participation and is perfect for any type occasion. The show is generally 30-45 minutes long depending on the event.

Some of the tricks I perform during this show are his unique comedy levitation, a record breaking straitjacket escape, a hilarious human pincushion act, unusual card discoveries and my infamous razor blade eating routine, to name a few. All the tricks he performs have been well received by diverse audiences from New York to California, Canada to Florida, all throughout Europe and even parts of Australia in every type of venue and performance situation.

Another type of show is one in which he combines roaming magic with a shorter stand-up act. This type of show is great for banquets, parties, or award ceremonies where he wandera through the crowd performing close-up miracles as the event gets under way. Depending on the event and size of the crowd the wandering magic could last anywhere from one to two hours. Once everyone is seated they can enjoy a thirty-minute stand-up magic act which would include many of the tricks mentioned above.

The third type of show he provides is strictly close-up magic. This is great for an event in which the guests primarily socialize and mingle. Ideal for restaurants, nightclubs, private parties, corporate functions, banquets, and conventions. My repertoire involves slight-of-hand tricks using cards, coins, paper money, ropes, rubber bands, and many other items. Brian walks throughout the room doing close-up tricks for small groups of people during the event. This type of show can last from one to four hours depending on the event and size of the crowd. 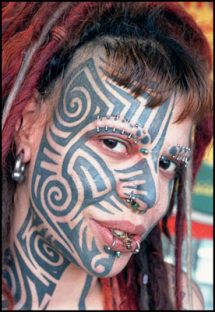 INSECTAVORA ANGELICA
Insectavora joined the Coney Island Circus Sideshow after 10 years stranded as an orphan on the Island of Fiji.  Lacking all modern conveniences, she was forced to develop jungle survival skills – which have toughened both her skin and her stomach.  While she rarely eats insects anymore, she has found a use for the skills developed on her long days spent foraging for food along the razor sharp rock outcroppings of the Fiji beaches: She will perform for you the bizarre and startling ascent up the dangerous Ladder of Swords. And because of her experiments on the lonely nights in front of campfires you now have access to one of the foremost fire performers in the world.

AS SEEN ON
The Learning Channel, CNN American Morning, CNN Headline News, Animal Planet, New York Times, Miami Ink, James Taylor’s “Shocked & Amazed”, Marc Hartzman’s “American Sideshow”, American Jyvass Production’s “The Day of the Dawn of the Night of the Son of the Bride of the Return of the Revenge of the…Pt.V” (where she does most of the song vocals TOO!), Paul Gambino’s Scrap City, and Various Documentaries, Films, and Commercials world-wide. 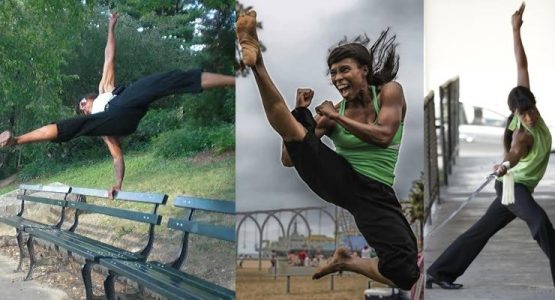 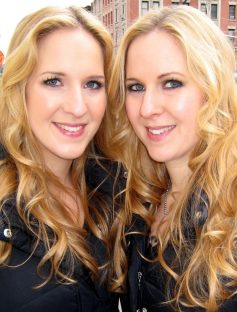